The art of tarot is an ancient and often misunderstood practice.

While it is technically a form of divination, the true magic of tarot lies not in its prophetic abilities.

Rather, it offers an opportunity to discover hidden truths about the present — and unlock your full potential.

Tarot can be a meditative exercise, a means of self-reflection, or simply a bit of mystical fun.

In any case, you’ll need to obtain a deck and learn how to lay out and interpret the cards that fall. Don’t worry, you don’t need to consider yourself clairvoyant, witchy, or anything besides open-minded. Your practice is ultimately your practice. Read on to see how to get started with tarot.

Tarot has always been a matter of dealing and interpreting cards, although the practice started as a game.

The hand-painted cards bore the common symbols of their country of origin, and as with modern playing cards, there was a hierarchy that determined which cards would beat others.

In 18th century France, tarot cards became a tool of divination, perhaps because their centuries of use gave them a mystical element.

The cartomancer (i.e. tarot reader) interprets each card’s icon as a symbol of deeper truth or mystery, and a tarot reading was meant to reveal hidden connections.

Early tarot deck creators considered them a microcosm that links universal themes to individual experiences. While contemporary Westerners typically perceive divination as “fortune-telling,” many cartomancers draw upon Pagan traditions in which history, life, and existence itself are cyclical.

In other words, tarot is less about “seeing the future” and more about unveiling the true nature of the universe.

What’s in a Tarot Deck?

Unlike the typical 52-card playing deck, tarot packs are much larger (usually with 78 cards) and typically feature highly symbolic illustrations.

There are two types of cards: the major arcanas and the minor arcanas.

The 22 major arcana cards reflect the driving forces and transformative events that shape our lives, as well as the universe at large.

They are derived from the core mystical themes as described by Paul Christian in his histories of the occult.

In the original tarot game, these were the trump cards that could defeat others regardless of suit.

0 The Fool: As in the contemporary playing cards deck’s Joker card, the Fool is the wildcard. In tarot divination, it often signifies a traveler who has not yet achieved the knowledge to move forward on one’s journey.
1 The Magician: The lowest trump card. In divination, the Magician represents a crossing between worlds and the symbol of manifesting one’s desires.
2 The High Priestess: A symbol of the divine feminine and the deep wisdom hidden within the Earth
3 The Empress: Typically portrayed as pregnant and/or nurturing life, she is a symbol of fertility, whether of people, creatures, or ideas.
4 The Emperor: A classic symbol of power, dominance, and protection.
5 The Hierophant: Often portrayed as the pope, the Hierophant represents mercy, goodness, inspiration, and the connection between the heavenly and earthly realms.
6 The Lovers: Sometimes shown as The Twins, this card is, of course, interpreted as a sign of relationships, attraction, and potentially sacrifice.
7 The Chariot: Typically shown as a royal figure or warrior in a chariot, this card speaks to triumph and guidance in times of trouble.
8 Strength: This card often depicts a person battling a lion as a symbol of righteousness and enlightenment overcoming base desires.
9 The Hermit: This cloaked figure holds a “Lamp of Truth” on his journey, symbolizing maturity, healing, and caution.
10 Wheel of Fortune: There are many, many versions of this card, but it generally symbolizes the structure of the world and how it progress. Most cartomancers interpret it to be a sign of fundamental shifts in one’s life.
11 Justice: Switched with Strength in some decks, this card often depicts a powerful figure holding a gold scale that symbolizes equity and triumph of goodness.
12 The Hanged Man: Despite the alarming image, this card’s symbolism is typically interpreted as a sign of inner wisdom, intuition, and the liminal state between worlds.
13 Death: Another disturbing yet potentially enlightening symbol, the Death card features the Grim Reaper, who represents mortality and inertia.
14 Temperance: Often depicted as an angel diluting wine with water, Temperance represents frugality, moderation, and sometimes, the achievement of goals.
15 The Devil: Obviously, the Devil card symbolizes fear, temptation, and seduction.
16 The Tower: Arguably the most ominous card, the Tower depicts violence happening around a tower and symbolizes mystery, ruin, and catastrophe.
17 The Star: Typically portrayed as a woman knelt behind stars as she pours water both into a lake and onto the shore, this card can be a bit mysterious but often signifies loss (or new potential), deprivation, and hope.
18 The Moon: This card symbolizes the fear of the unknown, deception, and mistakes.
19 The Sun: Unsurprisingly, the Sun card represents happiness and good fortune.
20 Judgement: Depicting the Book of Revelations in some decks, this card symbolizes rebirth, absolution, and one’s inner calling.
21 The World: Portraying a woman standing above the earth and surrounded by animals, the World card symbolizes success, voyage, and the end of a life cycle.

Each suit has four court cards similar to those in standard playing decks: the King, the Queen, the Knight, and the Jack aka Page.

Minor arcana cards signify the shades and tribulations of an individual’s experience.

The minor arcana suits’ symbolism is as follows:

In the 20th century, the Rider-Waite deck became the Western world’s most popular tarot set.

This is the classic deck that you’ve probably seen with colorful, intricate symbolic illustrations of each concept. Most interpretations of this deck are derived from the work of occultist Eliphas Levi as studied by mystic historian Arthur Edward Waite, and the deck was first published in 1909 by the Rider Company (hence the name Rider-Waite).

You may also hear this deck described as the Rider-Waite-Smith deck to acknowledge the iconic artwork (pun intended) by illustrator Pamela Colman Smith.

However, there are countless varieties of the classic Tarot deck, from versions reflecting other spiritual traditions to culturally specific symbolism to pop culture fandom decks.

Ultimately, you may choose whichever combination of iconography, concepts, suits, and tradition best speaks to your worldview and background. 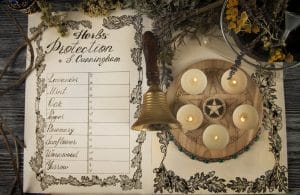 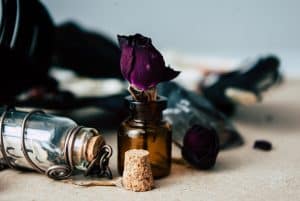 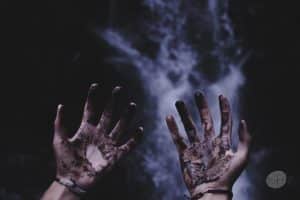 Intuition vs Instinct: How They Both Make You Surprisingly Successful and Awesome