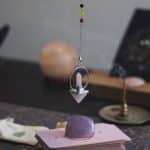 Whether we like it or not, living in the modern age is like playing an endless speedrun of an old game.

A lot of things haven’t really changed — they’ve just started to happen much faster. It’s probably why Yes or No tarot readings are so popular.

People nowadays want quick answers to important questions that might affect their future.

And, who doesn’t? Surely getting some guidance about moving to another city or accepting a promotion won’t hurt. The thing with life is that nobody’s fate is set in stone.

Getting a Yes or No tarot reading isn’t going to cover all the bases that can lead you to a sound decision and while advanced tarot readers sometimes recommend against yes or no questions, you’re bound to encounter them at one time or another.

Yes or no questions aren’t inherently bad, but keep in mind that tarot reading is much more nuanced. Sometimes, the “yes” or “no” you get comes with a few caveats.

This is probably the most basic way to do Yes or No tarot readings: If the card is upright, it’s a yes. If it’s reversed, it’s a no.

To get a balanced number of upright and reversed cards, cut your deck in half. One half should be reversed and the other half should be upright. Shuffle and reshuffle until you feel that you’ve achieved balance.

Since this is the most basic way to do Yes or No tarot readings, there’s not a lot of room for further interpretation. This can work for those who want to get straightforward yes or no answers.

This method taps into the more nuanced messages from your tarot cards. But, because it gives a more intricate reading, you also need to make an effort to properly prepare your cards.

For this technique, you need to go through your entire deck and divide it into Yes, No, and Maybe cards.

This list can depend on either your personal feelings toward each card or the general interpretation associated with each one. For instance, The Sun can be a Yes card, while Death can be a No card.

On the other hand, The Wheel of Fortune, which is generally associated with ups and downs, can be a Maybe card.

For Minor Arcana cards, you will need to dig deep into how you feel about each card. For example, I view the Ace of Cups as something positive, so it can go to my Yes list.

It’s a good idea to note down which classification each card belongs to so you don’t get tempted to change what they mean to suit the answer you want to hear.

Three’s the Charm: How To Use Three Tarot Cards To Get Your Questions Answered

For this method, you would have to draw three cards instead of one. While the interpretations here can be a little more complex compared to those provided by the last two techniques, you’ll be able to get more refined answers.

There are different ways you can interpret the meaning of each card that comes up.

Here’s a few you can consider:

It’s entirely up to you if you want to draw the cards from a shuffled deck or a spread.

I find that a spread works better for me when using this method.

Tips To Get an Accurate Yes or No Tarot Reading

Because of the simple nature of yes or no questions, they tend to limit the full power and capacity of your tarot deck to deliver clear, intricate answers.

After all, there are a ton of other energies and influences that can ultimately affect a particular situation. To avoid misinterpretations, keep the following tips in mind:

Yes or No tarot readings can be fun and interesting to do when you want some guidance for the near future. But don’t forget that life’s full of surprises, so even if you get a yes, a no, or a maybe, things can still change depending on your choices.

No one’s fate is sealed so you can still turn things around if you don’t get a favorable answer from the deck. 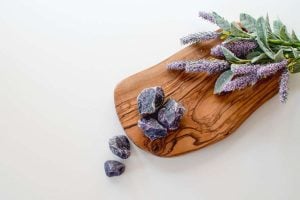