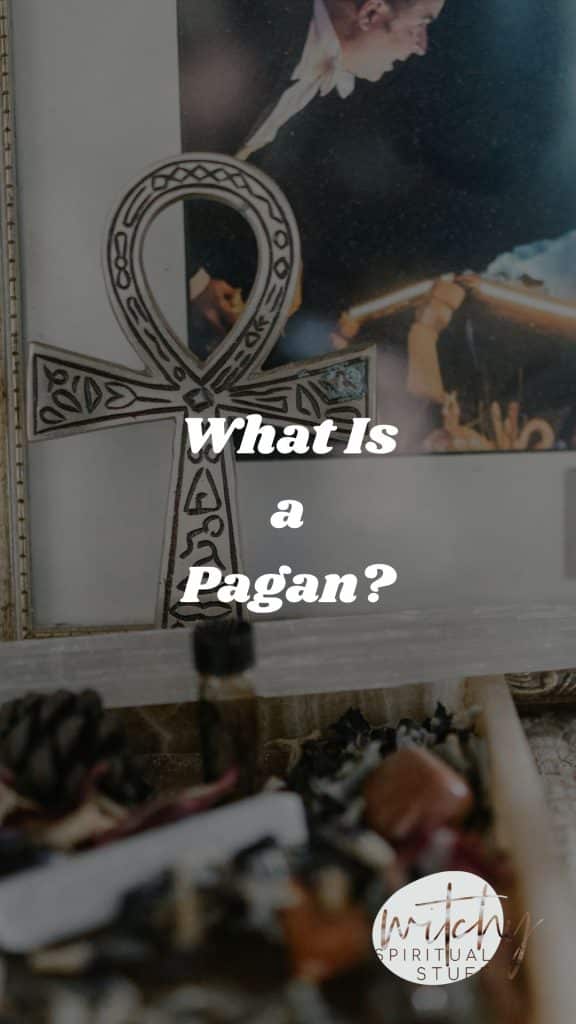 Long before I called myself an atheist, I was a pagan.

I remember I was in Spanish class my freshman year of college when my professor asked us about our spiritual or religious affiliation.

We were discussing various ways to have these conversations in Spanish.

When the conversation came to me, I said, proudly, “Soy pagana.” I’m pagan.

My professor, always curious and amused, looked at me with a surprised smile on his face.

In Spanish, to be pagan is to be an infidel. It is not a nice term.

Because the Spanish and Latin American culture is so richly steeped in religion, it is bad enough to be an atheist, or not religious.

But to declare yourself a pagan is unheard of.

Years later, I had gone even further when my mother-in-law came to visit and she asked me, if I was not Catholic, as her family was, what was I?

She, of course, was startled.

This was the first time she was meeting her white girl daughter in law, and while she knew her son was the black sheep of the family, having taken off at 17 to wander the United States on his own, she certainly did not think he would end up married to a witch!

“You really need to explain to people what you mean when you say you’re a witch.” My husband told me, for the millionth time.

Sure, I could take the time to explain that I merely meditate every day, that I practice the law of attraction, that I work with the laws of the Universe, and that I am utterly devoted to Source Energy as the foundation of all of my spirituality.

That I believe in love above all else, and that I know deep in my heart that is my purpose to love myself and then extend that love out to everyone I meet.

I could say that.

When saying I am a witch and just winking is so much more fun?

So, you know what I mean when I say “witch.”

But what, after all, is a pagan?

What Is a Pagan?

A pagan simply means someone who practices a religion that is not one of the major world religions.

You see, when the Catholic church rose and began to spread with the Roman empire, they needed a name for those who refused to bow down to the god of Abraham.

Pagan was the name they gave them.

Infidel was the name given them by the Muslims.

Unfaithful to the god of Abraham.

Pagans were referred to as “those who prayed to the old gods.”

Pagan cultures and civilizations were where you would find witches, healers, shamans, and other wise people who worked with the forces of nature.

They understood herbs and spices and natural remedies, and as the scientific revolution took hold, they were even more outcast and feared.

Doctors, you see, practitioners of sound science, said that women should deliver babies lying flat on their backs. That women who struggled with oppression under a patriarchal system were hysterical.

We were insane because we found no joy in our subjugation to the rule of a paternalistic system that disempowered us and told us to sit down, shut up, and obey.

The church taught that woman was the seat of original sin, that we were not to take pleasure in sex, and that we were to give up our children to be raised and educated by the church or by our husbands.

Those of us who refused to live in that system were called pagans.

The worst of us, those who lived as outcasts on the edges of villages, were witches.

So yes, of course I embraced the term pagan.

It was a short leap from there to witch.

And what is so interesting to me now about it all, is that we still believed in a powerful god or gods, we still prayed, we still meditated, and we were perhaps more devout than the most religious among our persecutors.

What Is an Atheist?

There is a great difference between pagans and atheists.

I moved into atheism as I progressed through college and into graduate school.

I embraced logic and science, and I spent several years hating religion for all of the wars and abuses it had perpetrated for thousands of years.

I could not believe in that god, and as no one really seemed to understand the god I did believe in, a loving, open, neutral, supportive god, I simply called myself an atheist.

I do not believe in god.

At least, not any kind of god you can define or understand.

It would be years and years later, even after I adopted the title of witch while still calling myself an atheist, that I heard Jordan Peterson make a compelling argument that there is no such thing as an atheist.

“We all pray to something.” He said. “We all pray to a god. We all believe in a god. So there are no atheists. It is just a matter of whether you know which god you pray to.”

It made perfect sense to me.

So I abandoned the title of atheist and simply began describing my god to anyone who was interested after I told them I was a witch.

I explored this title briefly.

To be agnostic means, basically, to decline to state.

To be agnostic on any subject means to say, “I don’t know.”

I played with this for a moment, but then, from somewhere, I realized that it felt like a coward’s way out.

When it came to my spirituality, I was really okay with just shrugging my shoulder and saying “I don’t know?”

Our spirituality is perhaps the most personal thing about ourselves.

It is who we are in the dark, how we see ourselves, how we function with every other living creature in the world.

Agnostic has come to me to mean I have not taken the time to think about it.

Well, I say, you should.

It is the most critical component of your life to think about your spirit.

You don’t have to believe in god.

But you must believe something!

A pagan believes in something.

A religious person believes in something.

Even an atheist believes in something.

Particularly about who you are behind all the daily grind, hustle, and crap in life.

Behind all the noise.

In the quiet moments.

If you have not taken the time to think about this, I encourage you to start now.

What Box Do You Fit into?

I remain open as to the box.

I call myself a witch because I enjoy the title.

I also dress like a witch – well, a boho chic witch, anyway.

I have come far from atheism and even farther from positive vibes only, but I remain open and curious, while still holding fast to my faith and belief in a loving Universe.

If you are trying to figure out what box you fit into, whether you want to be religious or an atheist, whether to be a pagan or a witch, or something else entirely, the best thing you can do for yourself to begin to figure it all out is to meditate.

I will tell you I have friends and family members who resist meditation on the grounds that it is boring.

Or that they cannot quiet their thoughts.

Yes. That is the whole point.

You must sit for 20 minutes with just yourself in silence and wait for your thoughts to quiet.

It may take days or weeks, but you will get there.

You will get to a place where you meet yourself in the back of beyond.

You are the consciousness behind it all.

You are the observer.

You are, in point of fact, the god you don’t believe in.

When you meditate, you get to know your own spirituality.

Maybe you will conclude that you simply accept that we are all connected and that you believe in nature above all else.

Maybe you will feel the presence of something larger and loving inside you that is all present.

Each of us has our own relationship to that spiritual place inside of us, but if you are not taking the time to connect to that part of yourself, you are lost.

And being lost will catch up with you eventually, and usually in ways that are not pleasant.

Take the time now to find your own breed of spirituality, be it pagan or atheist, religious or spiritual.

You will be so glad you did.