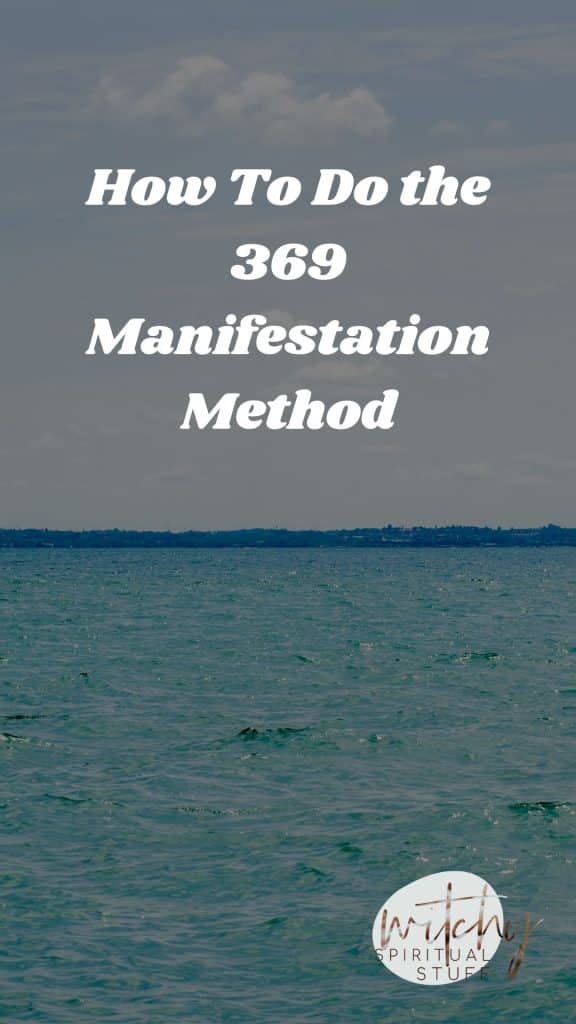 If you’ve been browsing TikTok lately, chances are, you’ve come across the hashtag “#369method.” Of course, TikTok’s the place for every kind of popular trend imaginable, so you might be wondering what this thing’s all about.

The “369 method” we’ve all been seeing actually refers to the 369 Manifestation Method. It’s a fairly simple technique that can lead to powerful and fulfilling results when done right.

Before I talk about how to do the 369 Manifestation Method, let’s first talk about why it particularly uses the numbers three, six, and nine.

What’s that got to do with manifesting?

Apparently, three, six, and nine have a significance according to numerology and the Law of Attraction. Here’s what each number represents:

Sounds pretty good, right? If you’re wondering how to do the 369 Manifestation Method, here are the steps you can take:

Be Clear With Your Intentions

As with any manifestation or Law of Attraction technique, it’s super important to be clear with your intentions. Ask yourself, “What exactly do I want to manifest?”

If it’s your first time to try the 369 Manifestation Method, try to manifest small goals first. While it’s great to want to manifest the promotion you’ve been waiting for or that new house, it’s always good to start small and see if this method works for you. Remember that we, as humans, have been conditioned to exercise a healthy dose of doubt when trying out new things. This can be a bit of a snag, and you might end up getting frustrated if you don’t see immediate results. Start small and be patient. All good things come to those who wait!

This step is the core of the 369 Manifestation Method. Once you’ve gained clarity with your intentions, turn it into an affirmation. Remember to write it in the present tense, as if you’ve already manifested your desire. With your affirmation clarified, write it down three times in the morning, six times in the afternoon, and nine times in the evening.

Pretty simple, right? But how does this work exactly?

Law of Attraction coach Abraham Hicks suggests that you only need 17 seconds of pure thought for its vibrations to attract a similar thought of equal vibration. By writing down your affirmations three, six, and nine times throughout the day, you’re spending a lot more than 17 seconds focusing on this particular thought each time. The longer you focus on the thought, the more powerful its vibrations become.

Say It Out Loud

Aside from writing down what you wish to manifest, you can also say them out loud three, six, and nine times for good measure. It’s an optional step, but the more you focus on your intentions, the closer you are to manifesting them!

Pair It With Positive Action

As with any manifestation technique, you can’t just sit around and do nothing. You can write your intention as many as 20 times each sitting, but unless you pair it with positive action, you won’t see your efforts bear fruit. Simply believing in what you want to manifest is just one part of what can help turn your desires into reality. The other part is about putting that belief into actionable steps toward your goal.

For instance, let’s say you want to manifest gratitude in your life. Write it down using the 369 Manifestation Method. Say it out loud, so you’re really focused on that affirmation. “I am filled with gratitude.” If you start recognizing things you’re grateful for instead of being bogged down by negative thoughts, then you’re taking a step toward manifesting your desire. If you start letting these negative thoughts affect you, then you won’t feel grateful for anything no matter how many times you write your affirmation.

Positive action is driven by intent, purpose, and focus, but it’s okay to stray from your goal from time to time — all you need to do is realign and bring yourself back to the center.

Check in With Yourself

The great thing about the 369 Manifestation Method is that it helps build a positive habit. If you’re consistently writing your affirmation three, six, and nine times a day, this will eventually become second nature to you. That means you’re training your brain to accept this as your truth and your reality. Soon enough, you’ll realize that you’ve successfully manifested your desire!

You might be wondering, “How long should I do the 369 Manifestation Method?” There’s a lot of different suggestions from the internet, but you should check in with yourself after around a month. Around 33 days is a pretty good number! This way, you can see whether it’s working or if you need to refocus or clarify your intentions.

Now that you know how to do the 369 Manifestation Method, I encourage you to try it out for yourself! There’s really nothing to lose, and you have more to gain when you practice this technique. Like all things, it can take some time, but don’t give up! Reflect, clarify, and realign yourself when you need to. Let me know how it goes!