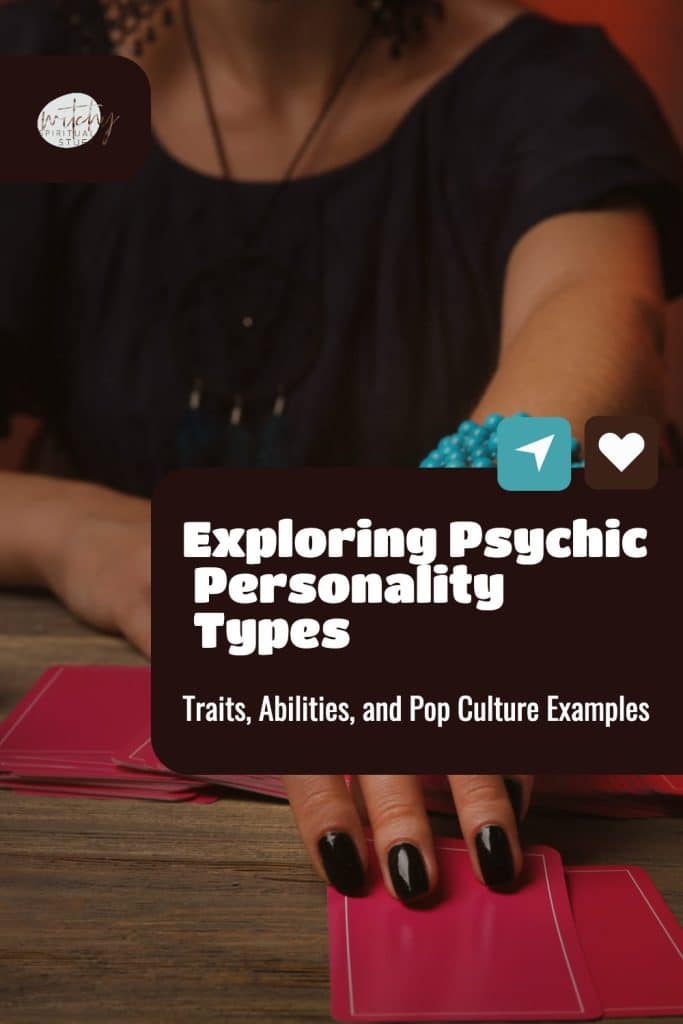 While the concept of psychic abilities may seem mysterious and shrouded in controversy to some, there are certain personality traits that are commonly associated with those who possess such abilities.

What does it mean to be psychic?

One of the most prominent traits found in psychic personality types is heightened intuition. These individuals often have a strong gut feeling or sixth sense that guides their decision-making and helps them navigate through life.

In addition to their heightened intuition, psychic personality types are often highly creative. Many psychics use their artistic or musical talents as a way to tap into their psychic abilities.

They may find that their imagination and inner world are rich and vibrant, which helps them connect with the spiritual realm. These individuals may also be open to new ideas and experiences and may have a more open-minded and accepting attitude toward the unconventional and the unknown.

But what about those who don’t consider themselves psychic personality types?

Can anyone develop their psychic abilities?

The short answer is yes!

While it may be easier for some individuals to tap into their extrasensory abilities due to their personality traits, anyone can learn to develop and strengthen their psychic abilities with practice and dedication.

So, how can you start developing your psychic abilities?

Here are a few tips:

It’s important to remember that developing psychic abilities takes time and practice. Don’t get discouraged if you don’t see immediate results. Be patient with yourself as you learn and grow.

With dedication and an open mind, anyone can begin to tap into their extrasensory abilities and discover the unique and fascinating world of psychic personality types.

The Different Types of Psychic Abilities

Psychic abilities can take many forms, and no two psychics will have exactly the same abilities.

Here are a few of the most common psychic abilities:

Telepathy is the ability to read someone else’s thoughts or communicate mentally with another person. This can happen through dreams, visions, or simply a feeling that someone is trying to send you a message.

Precognition is the ability to see into the future and predict events that have not yet occurred. This can manifest as a dream, a vision, or simply a strong feeling that something is going to happen.

Clairsentience is the ability to sense the presence of spirits or the deceased. This can be experienced through feelings, emotions, or physical sensations. Some clairsentient individuals may also be able to sense the emotions or needs of living individuals.

Clairaudience is the ability to hear voices or sounds that are not physically present. This can include hearing the voices of spirits or receiving messages from a higher power.

Psychokinesis, also known as telekinesis, is the ability to move objects with the power of the mind. This can include bending spoons, moving objects across a room, or even influencing the outcome of events.

Psychic abilities have been a popular theme in pop culture for decades. From classic films like “Carrie” to TV shows like “The X-Files,” the concept of extrasensory abilities has captivated audiences around the world.

One of the most iconic psychic characters in pop culture is Professor X from the “X-Men” franchise. A powerful telepath and leader of the mutant superhero team, Professor X uses his abilities to help his fellow mutants and protect humanity.

Another popular psychic character is Buffy Summers from the TV show “Buffy the Vampire Slayer.” Buffy has the ability to sense danger and possesses superhuman strength and agility, which she uses to fight demons and other supernatural threats.

In the Harry Potter series, Professor Albus Dumbledore is a powerful wizard with strong psychic abilities. He is able to see into the future and communicate with spirits, and uses his powers to guide and protect Harry and his friends.

Psychic abilities may be shrouded in mystery, but they have played a prominent role in pop culture for decades. From Professor X to Buffy Summers, these fictional characters showcase the unique and fascinating powers of psychic personality types.

These abilities can range from telepathy and precognition to clairsentience and psychokinesis. Common traits among psychic personality types include heightened intuition, creativity, and openness to new ideas and experiences.

While some individuals may be naturally more attuned to their psychic abilities, anyone can learn to develop and strengthen their extrasensory abilities with practice and dedication.