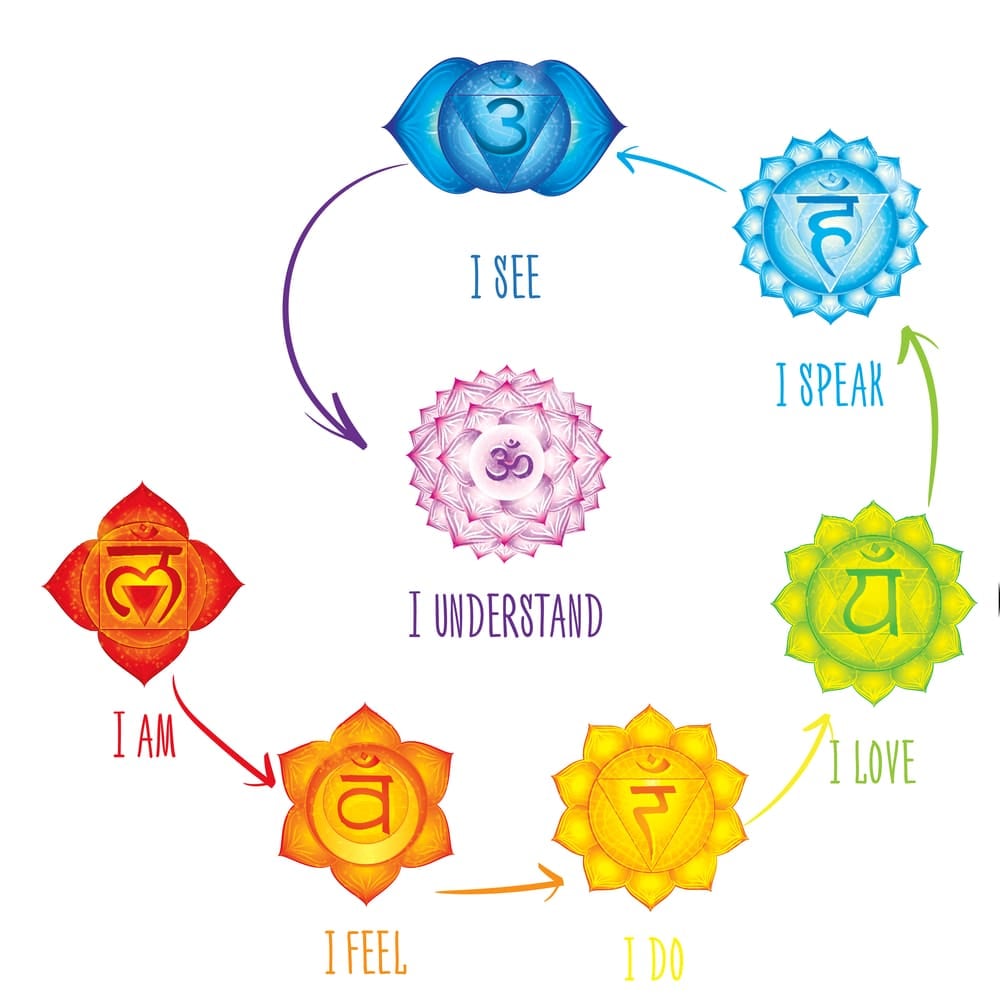 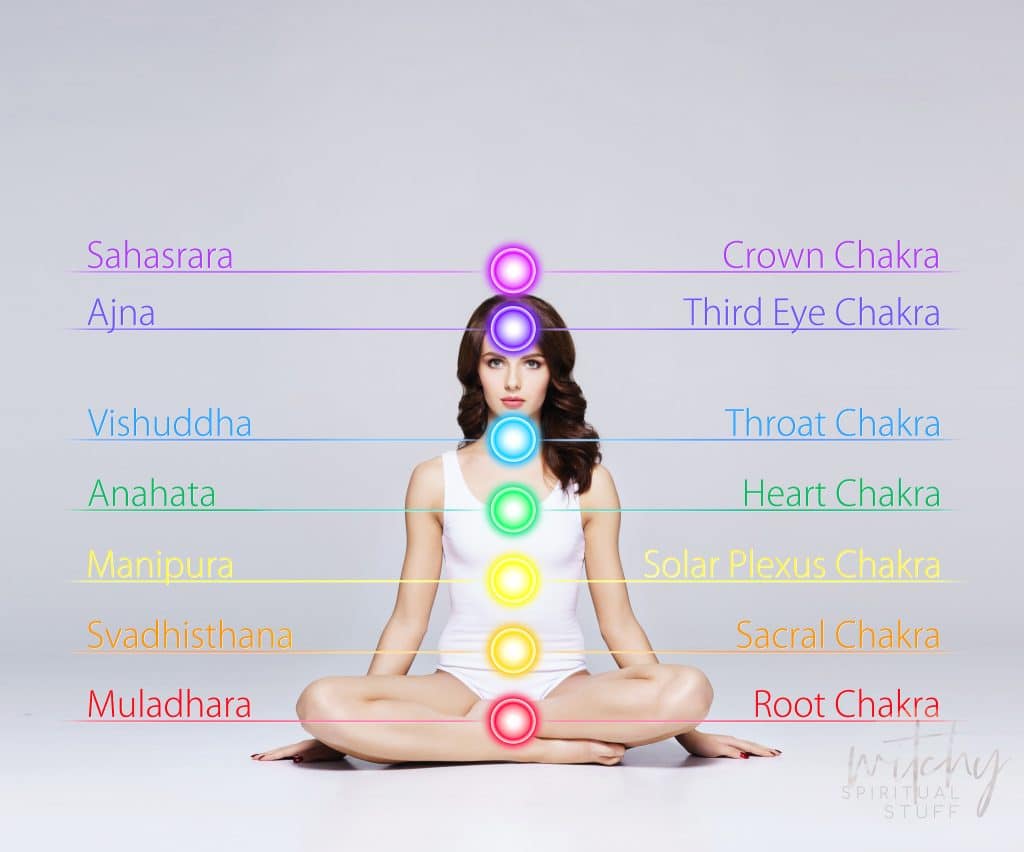 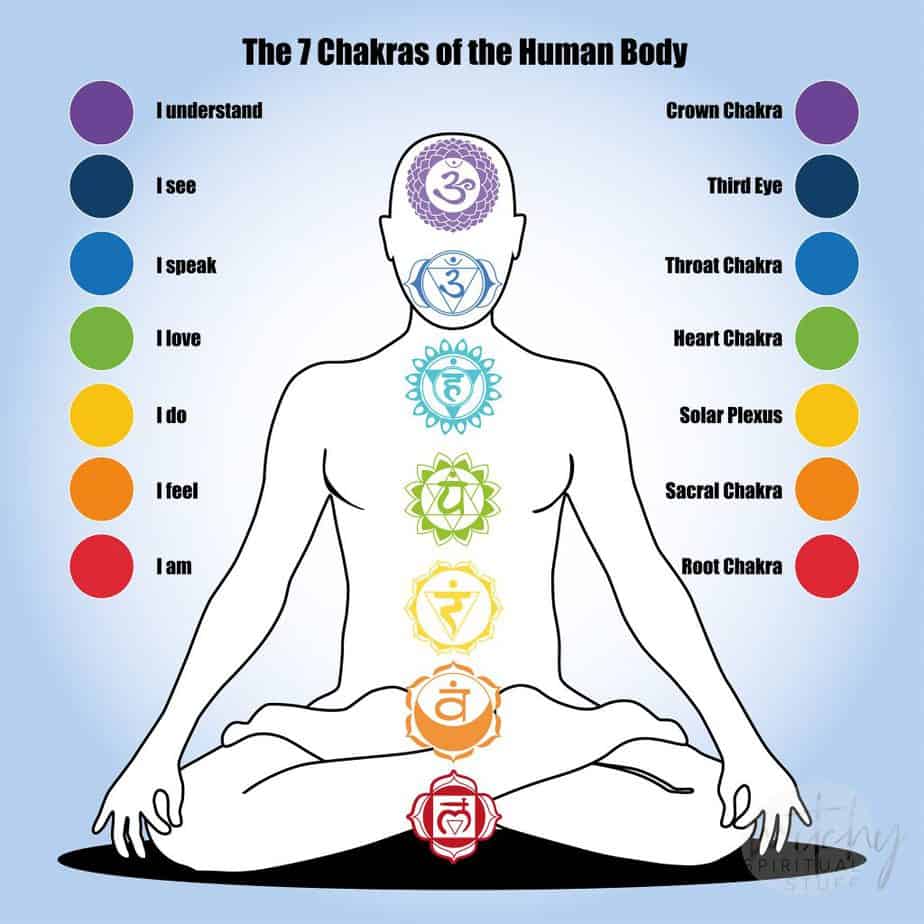 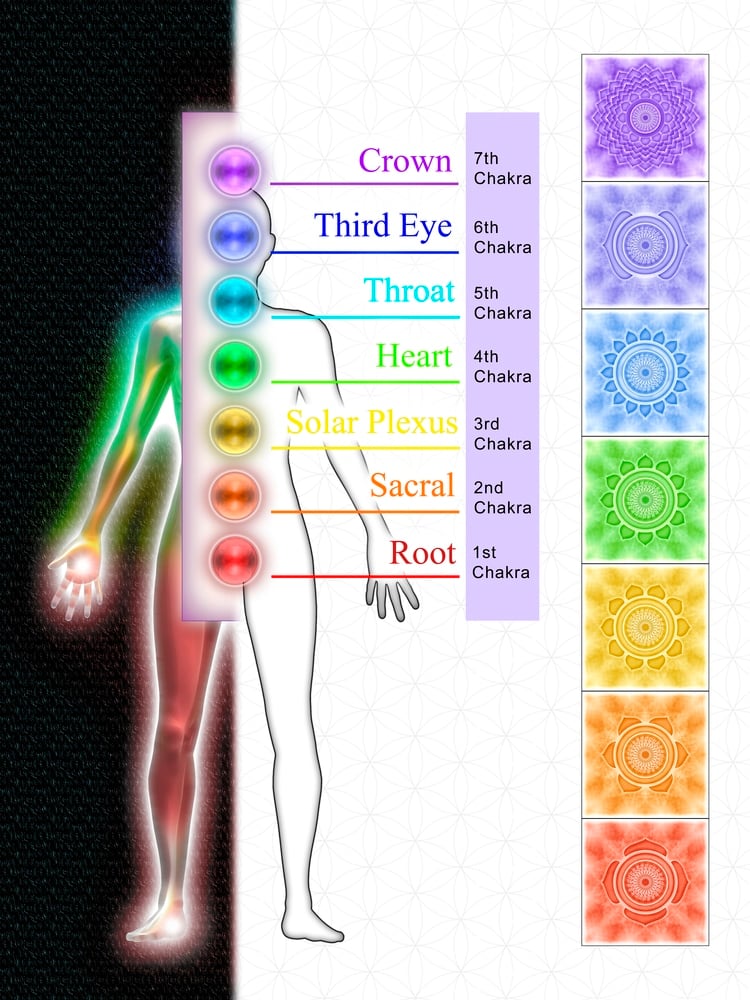 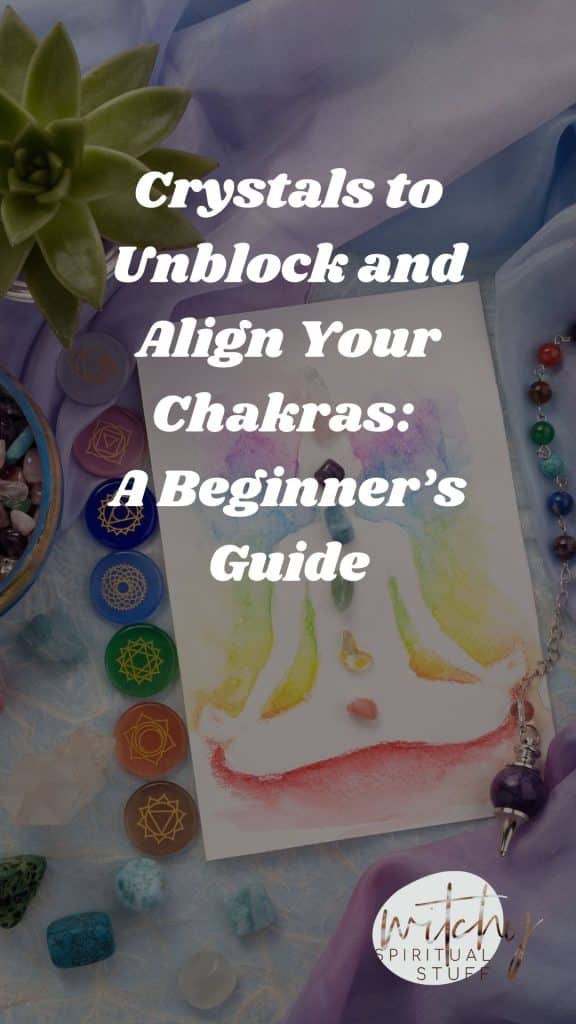 The Earth gives us many beautiful resources and experiences that nourish our well-being. For millennia, people relied solely on Mother Nature for their needs. A deep connection to the Earth was vital to survival.

While we may live in a modern, technological society now, many of us still wish to harness Earth’s nurturing energy. Some of its most ancient gifts are the crystals formed under Earth’s mighty forces.

It’s no surprise, then, that crystals have long been considered magical. Just as they emerged from a balance of liquid, minerals, and time, so can they promote balance in our bodies.

Our bodies as a series of energy centers — what we call chakras. So, crystals can channel vibrational energy in or out of our bodies. If you’re interested in using crystals to realign or clear your chakras, here’s what you need to know to get started.

What are the Chakras?

The word “chakra” comes from the Sanskrit “cakra,” meaning “wheel.” In ancient Hindu tradition, the chakras are a series of spinning wheels within the body.

These cannot be seen by the naked eye or any scientific instrument. They are disks of energy that drive our physiological, mental, and emotional experiences.

Chakras promote balance within the body, distributing energy and clearing out negative vibes. When aligned, all systems work in harmony.

Each chakra corresponds to an organ, muscle group, or nerve bundle. If the chakra stops spinning, it’s “blocked,” meaning energy cannot flow to that area. Blocked chakras can lead to various ailments, depending on their roles.

Here are the 7 main chakras that run along the core of your body. Starting from the base of your spine, they are:

If your body were a tree, the root chakra is what connects you to the Earth. Associated with the color red, the root chakra provides a sense of belonging, stability, and identity. It keeps you feeling grounded and nourished.

A blocked root chakra is linked to illnesses such as digestive issues, arthritis, and anxiety.

Just above the root chakra at the top of the pelvis is the sacral chakra, which is colored orange. This is the center of our pleasure, sexuality, and confidence. It’s also associated with creativity and passion.

When the sacral chakra is blocked, you may experience sexual dysfunction, low self-esteem, or even reproductive issues.

The solar plexus is near our stomach, so as you might imagine, it’s associated with energy and satisfaction. Like the sacral chakra, it promotes self-esteem and self-worth. Its vibrant yellow color reflects its name as your personal sun.

Because it’s linked to the stomach, a blocked solar plexus chakra can lead to eating disorders, heartburn, and indigestion. And of course, if our sunlight is dimmed, we’re less likely to feel powerful or confident.

As the name suggests, the heart chakra is centered over the heart and is associated with love and compassion. Its color is green, like the flourishing leaves if the body was a tree.

Blocked heart chakras can lead to cardiovascular and respiratory illnesses, as well as weight issues. We may also experience feelings of loneliness and isolation. Sometimes, a misaligned heart chakra can lead to people-pleasing behavior that’s not always healthy.

The throat chakra is colored blue and located in our neck. It represents our ability to speak. Psychologically speaking, an open throat chakra is associated with clarity, compassion, and honesty.

If the throat chakra is blocked, it can lead to oral disease, dental issues, or loss of one’s voice. Miscommunication, gossiping, and insecurity can also be linked to a blocked throat chakra.

As you might expect, the third eye is located on your forehead. Also called the brow chakra, it is associated with intuition, imagination, and inquiry. Its color is indigo and it is considered a vital channel for receiving insights from the Universe.

Therefore, a blocked third eye chakra can cause all sorts of problems, from headaches to delusions. It’s often linked to issues with your vision, whether literally or spiritually. Without your intuition, you may be short-sighted, overly confident in wrong beliefs, or unable to solve problems or envision a better future.

Located at the top of the head, the crown chakra governs all others. It represents the brain and nervous system that modulate the entire body. And of course, it is associated with intelligence, awareness, and enlightenment.

Some traditions depict the crown chakra as violet in color, and some consider it to be white. Either way, it is the driving force behind our sense of being and connection to others.

When the crown chakra is open and aligned, we feel happy, fulfilled, and aware of our true purpose. When it’s blocked, we may feel pessimistic, stubborn, confused, or disconnected.

Clearing and Aligning Chakras With Crystals

Crystals are traditionally considered to be vessels of vibrational energy. Therefore, they are conduits for focusing and releasing energy within the chakras.

As you may recall from elementary science class, energy cannot be destroyed or created. It can only be transferred.

This is the foundation of many magickal rituals. By channeling your intention toward a crystal that tunes into a blocked chakra, you can move energy through it … and get the wheel spinning again

Given each chakra’s associations with certain colors, body parts, and mental states, some crystals are particularly well-suited to clearing blockages. Here are the essential crystals for each chakra:

Crystals for the Root Chakra

To help you feel grounded and confident, choose crystals that tune into the root chakra. Those that share its deep red color are ideal, but black crystals also work.

Crystals for the Sacral Chakra

To reconnect with your sensuality and creativity, or to bring happiness to yourself or others, re-align your sacral chakra. Crystals with orange or fiery hues are particularly helpful.

Crystals for the Solar Plexus Chakra

To nourish your self-esteem and personal power, let your inner sunlight shine by clearing your solar plexus. Sunny, vivid crystals are ideal for this.

Crystals for the Heart Chakra

Crystals for the Throat Chakra

To help you communicate with integrity, align and unblock your throat chakra. Focusing your intention on light blue crystals can empower you to speak clearly and confidently.

Crystals for the Third Eye Chakra

To nurture your intuition and foster a deeper connection to the Universe, keep your Third Eye open by unblocking your brow chakra. Indigo and deep blue crystals are perfect for this.

Crystals for the Crown Chakra

To bring your entire being into balance and cultivate greater awareness, tune into your crown chakra. Certain crystals are well-associated with visions and higher states of consciousness. Even Leonardo da Vinci observed that amethyst shooed away negative thoughts and encouraged cognition.

How to Use Your Healing Crystals

You may use your chosen crystals ritualistically, such as by focusing your intention on them or incorporating them into a banishing ritual.

Some people bring the crystals into their self-care activities, such as soothing baths or a relaxing massage. This can be an excellent way to realign your chakras.

To clear your chakras, incorporate the crystals into your yoga or meditation practice. When it is time to unblock a particular chakra, touch or focus on the stone.

You could also carry the crystals with you in the form of jewelry, amulets, or medicine pouches. Keep them close to the chakra you’d like to keep spinning.

Ultimately, the choice is yours. It’s your practice, and however you’d like to restore and realign your energy is up to you.

I hope this has been a helpful overview of crystals and chakras. There’s no right or wrong place to start, although if anything currently ails you, I would recommend focusing on the associated chakra. Take some time to explore what feels best to you.

May your body, mind, and spirit be well and your chakras continue spinning!