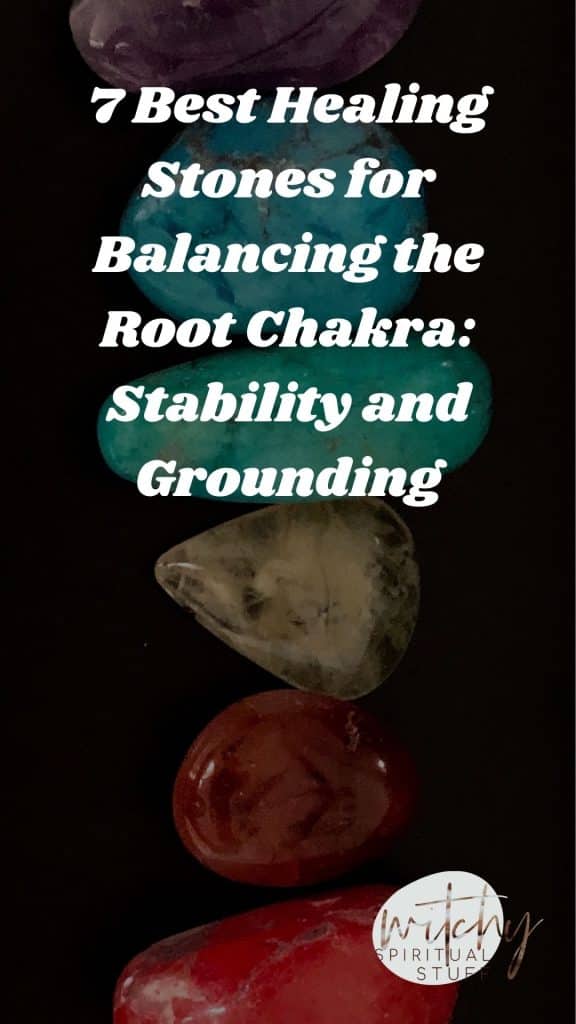 The Root Chakra, also known as the Foot Chakra or Base Chakra, is the very first chakra among the seven main chakras. The root chakra is also known as Muladhara in Sanskrit, which is a word roughly translating to “root of existence”.

The root chakra is found in the base of the spine. It is represented by the color red and is deeply connected with the Earth element.

It is the first chakra we develop as we grow up. Since it’s the “base” chakra and the first among the seven, the root chakra is what governs your foundation and your groundedness, meaning it also impacts the development of all the other chakras after it.

It is under the root chakra’s watch that we feel stable and secure– which are key concepts in the raw human need of survival.

It is said that the root chakra is what connects our energy to those of our ancestors. It preserves a “spiritual memory” that is passed down to us– like a collective consciousness that lay dormant inside of us, reaping the karma of past lives and the present.

This push and pull of spiritual memories, energies, and karma is why, quite like any of the other chakras in the chakra system, the root chakra is prone to being overactive or blocked, both of which lead to negative outcomes, experiences, and emotions.

An overactive root chakra entails paranoia and nervousness, as the feeling of stability and security are highly sought after, even though they are already present. This overactivity can also lead to a fixation on gaining material things (hoarding and greed), or gluttony.

Physical manifestations of these root chakra imbalances can also occur. A common manifestation is insomnia, constant fatigue, and issues in the lower body (lower back, legs, base of the spine).

Thankfully, there are many ways to help the root chakra heal and balance itself once again.

Meditation and yoga are always good habits to employ when dealing with an imbalanced chakra. To target the root chakra while meditating, imagine the color red while taking deep and steady breaths.

A great affirmation to chant while meditating for the root chakra is “I am safe” or “I am secure”. Adding in some aromatherapy, particularly with essential oils such as cedarwood, frankincense, vetiver, and black pepper, will also improve the grounding process.

Of course, as with other chakras, using chakra crystals in the process of balancing and healing is essential to deepen and improve our cleansing habits. There are many crystals that can be used to strengthen the healing process for our root chakra. Listed below are some good examples of root chakra crystals you can use.

Black Tourmaline is a powerful stone that is normally used to protect and shield oneself from negative and destructive energies.

Not only that, it also converts negative energy into positive energy. It’s a crystal that puts your security as its top priority, making it a great crystal for healing your root chakra. It’s best used as an aid against feelings of depression, anxiety, and despair.

The quartz family, in general, is a great healing stone for most chakras, but the Smoky Quartz in particular is an amazing stone to use against root chakra issues, as it holds a strong connection to Mother Earth, which is the root chakra’s element.

Smoky Quartz has a gentle energy to it, which helps make your chakra’s blockages vanish without emotional purging or dramatic experiences. If taking a deep breath could be crystallized, it would be the smoky quartz, which makes it a perfect partner to meditative exercises. It’s also best used for regaining energy, especially during or after therapies and surgeries.

Hematite is another strong earth stone that can be used to cleanse your root chakra. It’s commonly used to focus on the present, grounding you to who you are right at this very moment.

It is a great stone to use for those who are struggling to find their center, or for those who tend to get lost in thoughts of the past and present. It’s the perfect stone for achieving balance and mastery of the mind.

The earthly Black Obsidian is a stone that stores raw energy, and is often used to guide us into getting to know our true selves.

It is a stone of protection, truth, and authenticity. If you are healing from a traumatic experience, the Black Obsidian can help with the healing. With truth, the Black Obsidian opens your eyes to a higher kind of living, all while rooting you firmly to the ground.

Another protective stone, the Black Onyx is a great stone for keeping our focus and senses sharp– which abides by the survival aspect of the root chakra.

The black onyx inspires its bearers to nurture both their mental and physical strength and stamina, ushering in a greater sense of security and a stronger foundation. It’s the perfect stone to aid in merging the mind with the body.

The Garnet is an energy stone that helps bridge the chakras of the body.

This bridging helps the free flow of energy across our chakra system, making for a heightened productivity and bodily synchronization.

The flow of energy across the systems feels regenerative and life-bringing, which makes Garnet the perfect stone for those in need of a bit more inner harmony and movement.

Garnet is also a great stone for enhancing emotional stability, either within yourself, or between you and a partner.

Also called the Nurturer’s Stone, the Red Jasper is known for its effects against stress.

Not only that, it’s also known as an endurance stone, giving you inner strength and that needed burst of vitality to help you pursue your passions.

The red jasper is strongly connected to the earth, and has been a symbol of life, energy, and physical endurance ever since the time of the ancient Egyptians. It’s the perfect stone for those seeking new beginnings.

How do you use chakra stones?

You can use these stones a number of ways. Simply keeping these stones around your home can help bring in some good healing energy into your immediate environment.

If you’re the type of person who’s always on the go, consider getting a bracelet or necklace that has the particular healing crystals you’re attuned to.

Another great alternative would be to have a keychain or charm that has your healing crystals attached to it.

How do I unblock and balance my root chakra?

Meditating with these stones can also help amplify the process of healing.

Whatever way you may use your crystals, making sure it’s something you can easily incorporate into your daily habits. After all, healing is a step-by-step process, and each day is a vital push towards harmony and balance.